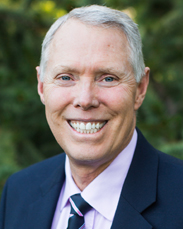 Douglas K. Devries, OD co-founded Eye Care Associates of Nevada in 1992, and since then, has limited his practice to surgical co-management and diseases of the eye. His specific area of interest has been in ocular surface disease, which makes up the majority of his clinical practice. Dr. Devries lectures to colleagues extensively, both nationally and internationally, on anterior segment eye disease. He is the director of the optometric residency program and optometric fourth year intern program at Eye Care Associates and is an Associate Clinical Professor of Optometry.

Dr. Devries received his bachelor’s degree in Financial Management from the University of Nevada, Reno and received his Doctor of Optometry degree from Pacific University in 1989. He has been awarded the Optometrist of the Year from the State of Nevada Optometric Association and from the Great Western Counsel of Optometry, where he served as President of both organizations. He currently serves on the Medicare Carrier Advisory Committee, as well as the Counsel on Optometric Education.

Dr. Devries is a life-long Nevada resident, and currently resides in Sparks. He is a multi-engine instrument rated pilot, and flies with Dr. Hiss monthly to smaller Northern Nevada communities to assist in surgery. When he is not working, he enjoys traveling and scuba diving internationally, and riding his motorcycles. He is also an avid skier, hiker and marksman.