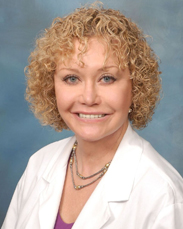 Marguerite McDonald, MD, FACS is a board-certified ophthalmologist. She received her medical degree from Columbia University College of Physicians and Surgeons, followed by an internship at Lenox Hill Hospital and ophthalmology residency at Manhattan Eye Ear and Throat Hospital/Cornell, both in New York City. And a fellowship in corneal and external diseases with Dr. Herbert E. Kaufman at the LSU Eye Center in New Orleans. She then joined the faculty at LSU Eye Center. From 1993 until Hurricane Katrina hit New Orleans in 2005, Dr. McDonald was the director of the Southern Vision Institute in New Orleans. She is a clinical professor of ophthalmology at NYU School of Medicine in Manhattan, and is alsoan adjunct clinical professor of ophthalmology at Tulane University Health Sciences Center in New Orleans. Dr. McDonald was a professor of ophthalmology and the director of the Corneal Service at the LSU Eye Center, LSU Medical Center School of Medicine, New Orleans. She is currently a senior consultant for AMO and several other pharmaceutical and device companies, and was previously the medical director for Alcon/Summit/Autonomous. She was also a principal investigator for the Chiron Technologies (now Bausch and Lomb/Valeant) and Nidek EC 5000 lasers. Dr. McDonald joined the faculty at the LSU Eye Center in 1981. She has been the principal investigator of three National Eye Institute grants for the study of refractive surgery: radial keratotomy [at the LSUClinical Center for the Prospective Evaluation of Radial Keratotomy (PERK) study], epikeratophakia, and excimer laser photorefractive keratectomy, as well as numerous industrial grants. In New Orleans, she headed the research team investigating the use ofthe excimer laser for the correction of optical error, and in 1988 she performed the world’s first excimer laser treatment to eliminate or reduce the need for glasses and contact lenses. In 1993 she performed the world’s first excimer laser surgeries for farsightedness. Dr. McDonald performed the world’s first Summit/Autonomous wavefront-based excimer laser surgeries; these cases were also the first wavefront-based laser surgeries in the Americas. She was the second physician in the United States and the third physician in the world to perform conductive keratoplasty (CK) for farsightedness. Dr. McDonald was the medical monitor of the U.S. clinical trials that led to FDA approval for CK. She was also the first North American surgeon to perform Epi-LASIK (September 2003). In 2015, Dr McDonald performed the first EBK procedure (epi-Bowman’s keratectomy) in the Americas.

Dr. McDonald has over 1,500 publications in refractive surgery, cornea, ocular infections and allergy, and ocular surface disease (dry eye andblepharitis). Dr. McDonald has received many awards and has been honored with selection to the editorial boards of several publications, including theJournal of Cataract and Refractive Surgeryand theJournal of Refractive Surgery. In 1997 she was elected to the executive committee of the prestigious American Society of Cataract and Refractive Surgery (ASCRS), and was elected its first female president for the 2002-03 term. In 2009-10, Dr. McDonald served as the first female president of the InternationalSociety of Refractive Surgery of the American Academy of Ophthalmology (ISRS/AAO), the largest refractive surgery society in the world. She is also the medical editor of the society’s official newsletter,Refractive Outlook.

Dr. McDonald served for years as the chief medical editor for Channel 6 News, the NBC affiliate in New Orleans; she made weekly in-person television appearances—live and taped—covering medical topics. Dr. McDonald has also been featured on a segment of “Good Morning America”, on CBS Evening News with Katie Couric on July 31, 2007, on CNN in August 2008, and in 2013 was featured as the subject of a CNN Sanjay Gupta special series on medical pioneers.

Dr. McDonald is an associate at Ophthalmic Consultants of Long Island, OCLI, an eye caregroup consisting of over 30 eye doctors and surgeons representing a broad spectrum of specialties in ophthalmology and optometry, with 11 locations throughout Long Island.