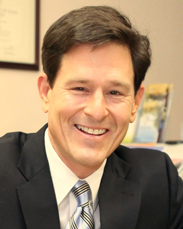 Dr. Dell was the second eye surgeon in the United States to perform laser cataract surgery using a femtosecond laser, and he has been twice elected as one of the Top 50 Opinion Leaders in Cataract and Refractive Surgery by his peers. Other awards he has received include; VISX® Star Surgeon Award, given to the top 5% of US refractive surgeons, Super Doctor by Texas Monthly magazine many years in a row, America's Top Ophthalmologists by the Consumers' Research Council of America, Austin's Best Doctors by Austin Monthly magazine many years in a row.